We have made a survey recently: in many office buildings with central air conditioning, dozens or even hundreds of people work in an open area office. There is at least one computer, some even two or three in front of people, ozone, electromagnetic radiation and electronic fog and other pollution accompanied heat waves by chassis fan, mixed with dirty air release to everyone in the work. Although people sitting in the comfortable office, but poor indoor air quality, make people get headache, chest tightness, cough and asthma, and it’s keeping damage to people’s health.

The office furniture you can find on the market, whether it is high quality or low, they are mainly wood-based panels, such as particleboard, MDF, plywood, etc., all of them contain formaldehyde, toluene, xylems and other volatile Organic matter and so on. Office desks and chairs, partitions, wallpaper wall covering, laminate flooring may emit formaldehyde, and the carpet may release formaldehyde and dichlorobenzene; A group of paint brushed cabinet is the main source of benzene, toluene, xylems volatile, even the cortex sofa in the conference room can release a variety of “poisonous gases” such as formaldehyde, benzene and TVOC, which can pollute the whole room.

As soon as people walked into the office filled with computers, they felt the air was particularly unpleasant, and felt breathless and dizzy after a while. Many people think that is caused by computer radiation, but the real cause is ozone. Printers, photocopiers in the working state would bring electrostatic effect, the oxygen in the air will be excited as ozone, and ozone has a stimulating effect on human body when reach a certain concentration. In addition the chemical properties of ozone is very lively, it would turned the nitrogen into nitrogen oxides, nitrogen oxides will add to stimulate the effect. Therefore, in the room with copiers, printers working whole day, if people do not pay attention to open the window ventilation, indoor ozone and nitrogen oxides concentration would increases, it will bring some irritation, resulting in such as sore throat, eye pain, dry eyes and even easy to tears and other issues. Ozone is a strong irritant gas, possible cause cancer, and also stimulates the human respiratory tract, causes respiratory irritation, such as cough, bronchitis and so on. In addition, ozone will also threaten human nervous system, causing people to feel dizzy, headache, nausea, vision loss, memory loss and other issues, destroy human immunity, and also easy to make people aging, people’s skin is also prone to dark spots. If pregnant women were staying in a long-term high ozone concentrations environment, fetal malformations may also occur.

When copier works, it will have invisible dust, and air conditioner would bring the dust drifting to the office throughout, this dust and a lot of toner, would be inhalation of the lungs by people, causing damage to the human body, and also easily lead to rhinitis, pharyngitis and bronchitis.

Detergents are widely used in various indoor environments for cleaning purposes. They play an important role in maintaining a good sanitary environment. However, a large number of studies have shown that detergent can release many kinds of volatile organic compounds and ammonia and other irritating gases during use, thereby affecting the indoor air quality and the health of cleaning workers and other indoor workers. Detergent is the sources of pollution that cause adverse building syndrome.

How to solve the problem of air pollution in the office?

Air purifiers are becoming more and more popular now, it was considered a standard setting for the peoplen living in a modernization city.  Olansi was established in 2009, located in Guangzhou City in South China, Guangzhou Olansi Healthcare Co., Ltd is a professional hydrogen... read more 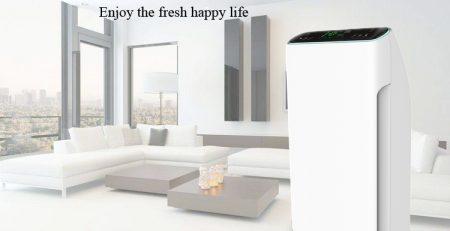 For good health, the indoor air quality plays a significant role. There are many families that rely on air purifiers for fresh and germ free air inside their house. China based Guangzhou Olansi Healthcare Co., Ltd has now introduced a Portable Home Air Purifier... read more 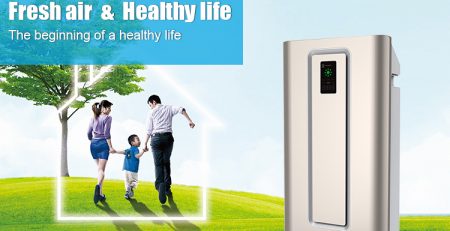 Why do you need desktop air purifier in your home?

The air is the most important thing to everyone in the world, everyone will breathe airfare and it is necessary to live. Without air, the people, plants, birds and animals life would stop to live. If anyone suffering from asthma or allergies then air... read more

Everyone knows that “Desktop air purifier” is a great name for a product: it’s simple, it’s direct and it addresses a major universal concern. It is as universal as it gets. After all, even little kids have been exposed to the idea that the... read more