1,Aloe – pot of aloe vera is equivalent to nine biological air cleaner
Potted aloe vera with an air purifier reputation experts. Pot of aloe vera is equivalent to nine biological air cleaners, can absorb formaldehyde, carbon monoxide, carbon dioxide, sulfur dioxide and other harmful substances. Especially formaldehyde absorption particularly strong. Experiments show that: In four hours light conditions, a pot of aloe vera can eliminate one square meter of air in 90% formaldehyde.
2, Dripping Guanyin – clear the air of dust
Dripping Guanyin scavenging air dust effect. However, it is worth noting: dripping Guanyin stem poisonous white sap, drops of water is also toxic. Inadvertently touching or eating its juice, can cause throat and mouth discomfort, stomach burning sensation. Special attention should be eating to prevent young children. It should be noted that in place of the reach of children.
3, Rubber tree – the elimination of hazardous substances rounder
Rubber tree is a versatile eliminate hazardous substances. In the air of carbon monoxide, carbon dioxide, hydrogen fluoride and other harmful gases have a certain resistance. Rubber trees but also to eliminate particulate matter pollution, indoor dust can play an effective role in the stagnation of dust.
4,Asparagus – destroy bacteria and virus protection umbrella
Aromatic plant asparagus contain antibacterial ingredients that can clear the air of bacteria and viruses, with health care function, so releasing the smell of asparagus has bactericidal activity of beneficial bacteria.
In addition, the asparagus has high medicinal value. Digging its fleshy roots washed above the dust dirt, dried or fresh-use spare; leafy branches used with mining, have lungs cough, cooling blood detoxification.
5, Maidenhair fern – the most effective biological “purification”
Maidenhair fern can absorb about 20 micrograms of formaldehyde per hour, it is considered one of the biological “purification” of the most effective. Workers day and paint, paint to deal with, or there like smoking, should be placed at least a pot of ferns in the workplace. In addition, it can inhibit the release of computer monitors and printers in the xylene and toluene, so for the whole day in the office work white-collar office workers, place pots of ferns at the desk is the best and simple.
6, Zongzhu – remove heavy metals pollution and carbon dioxide
Zongzhu functions like Monstera. Belong to the same large-leaved ornamental excelsa plant can absorb more than 80% of harmful gases, purify the air. Zongzhu while also eliminating the ability of heavy metal pollution and sulfur dioxide pollution has a certain role in the resistance.
Of course, as the huge leaf foliage plants, their biggest feature is the general plant can not match the digest carbon dioxide and produce oxygen function.
7, Spider plants – air can absorb 95% of the carbon monoxide and 85% formaldehyde
Spider plants to carry out photosynthesis in the faint light, absorb carbon dioxide and release oxygen, and air can absorb toxic and harmful gases. Chlorophytum pot 8-10 square meters room on the equivalent of an air purifier. Usually in the room raised 1 to 2 pots Chlorophytum can release oxygen for 24 hours, while absorbing the air of formaldehyde, styrene, carbon monoxide, carbon dioxide and other carcinogens.
8, Lucky bamboo – bedroom for healthy plants
Lucky Bamboo can be improved without regular window ventilation room air quality, regulate indoor humidity function. Especially in the bedroom, Lucky Bamboo can effectively absorb emissions, reduce the radiation of electronic products, so that the privacy of the bedroom environment improved. Lucky Bamboo while the color was dark green or green to help people’s physical and mental pleasure. 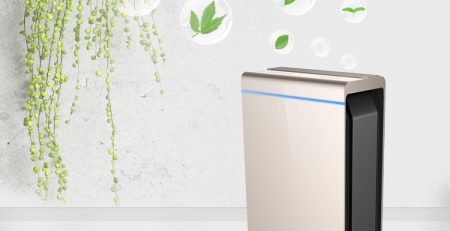 The different working principle of air purifiers available in the market

The different working principle of air purifiers available in the market Air purification is something that is greatly needed in society today. The constant pollution has brought about their need in different settings, including homes. Pollution has been associated with different ailments and diseases, and... read more

The need for reliable indoor china air purifiers There are so many people suffering from respiratory issues because of asthma and allergies. These diseases and reactions are often caused by poor environment. The air is crucial as it can carry many things like pollution, temperature,... read more

Olansi air purifier model k08a and olansi kj200-a3b air purifier making it possible to have a clean and healthy home Olansi is a china air purifier manufacturer with many years of experience in the industry. This Company provides accessible and lasting solutions to uphold health... read more

We have made a survey recently: in many office buildings with central air conditioning, dozens or even hundreds of people work in an open area office. There is at least one computer, some even two or three in front of people, ozone, electromagnetic radiation... read more

Considerations to make when buying an air purifier from china factory

Considerations to make when buying an air purifier from china factory Air purifiers have become a necessity in most households, especially for people who uphold healthy living. Picking the right air purifier makes it possible for a home to be free of pathogens that could potentially... read more

What kinds of Dust Mite can be remove by Olansi HEPA Home Air purifier?

What are the common indoor Air Pollutants?

Guangzhou Olansi Healthcare Co., Ltd specializes in wholesale air purifier with a variety of air purifiers and air cleaners in their portfolio that they can supply in bulk to their clients all over the world. They also accept the OEM production of air purifiers... read more

We are Guangzhou Olansi Healthcare Co., Ltd, which was established in 2006 in Guangzhou Panyu district. We are air purifier expert as well as hydrogen water machine manufacturer from China. We are an original source of high-quality solutions for the water purifiers, air purifiers,... read more